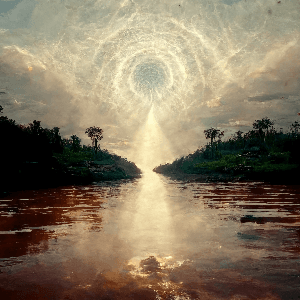 Tarinyoom is a Discord chat bot that allows users to search for messages using a fuzzy search to better retrieve past messages. The bot uses the co:here API "Embed" tool to map discord messages onto their corresponding embedding vectors. These vectors are then stored in a back-end pinecone.io instance, so that their cosine similarities can be evaluated. The bot has two main commands: "/tsleuth" and "/tsearch <string>". "/tsleuth" instructs the bot to crawl the server that the command was issued in, storing the vector embeddings of any messages found as entries in the pinecone.io instance. "/tsearch <string>" instructs the bot to find the message whose vector embedding most closely resembles the vector embedding of the passed parameter, as evaluated by pinecone.io. Using these two commands, users can search for a past conversation with only a high-level recollection of the topics discussed, instead of having to exactly match to text in that conversation, as required by the current Discord search feature.