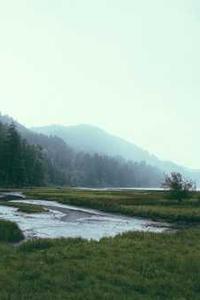 I decided to study the impact of earthquakes in my country (Chile) and how to mitigate it. For that I came up with an idea called "Earthquake Guardians". It implies that some people (suscribed to a specific Twitter account) will look at the messages sent of earthquake alarms and decide to confirm or deny such alarm. The account will send messages based on a deeplearning model trying to predict earthquakes by using the Grillo open database https://registry.opendata.aws/grillo-openeew/. Since earthquake prediction can be tricky, we count on these guardians to let us know if the earthquake predicted is real or not (and in the process, label the data for future training). Of course, earthquake prediction is not a new idea, but with the guardians and their help, it can create a better system with constant feedback. Also, in highly seismic areas (like Chile) the smaller earthquakes could also be detected and taken into account for future training of the model. I wanted to mix the idea of deeplearning prediction in python, with the Twitter solution like this one (https://blog.twitter.com/en_us/a/2015/usgs-twitter-data-earthquake-detection). Sadly, I didn't have enough time but to only do some EDA with the data. Are you ready to put your coding skills to the test for the global cause?